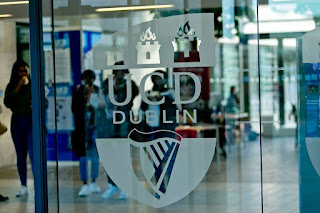 ‘Future Visions for a Democratic Internet’ is a project to advance potential legal approaches towards a democratic digital environment. At the outset, many claimed there was a democratic promise embedded in the idea of the Internet. The American legal scholar Jack Balkin talked of a ‘democratising force’. Two decades later, this scenario has dramatically changed. Today, the same technologies are blamed for jeopardising democratic institutions and individual rights. Issues such as fake news, data breaches, political micro-targeting, state surveillance are only some recent examples of this phenomenon. Current scholarship is studying this emerging dark side of digital technology. The negative impact of these technologies on democracy is currently one of the most relevant research themes. However, at the same time, we are convinced that it is crucial to start investigating potential ways to rehabilitate the Internet’s original promise. We wish to establish a network of people interested in working together to study how the law should be shaped to rehabilitate the democratising force of the Internet.

As a first step, we have organised a symposium that will take place on the 27th June 2019 at UCD. It is appropriate that the inaugural event of this project will take place in Ireland, the European digital hub. We aim to create a network not only including academics, but also other interested stakeholders in order to produce scientific analysis that can concretely inform future law making and, in the long-term, have an impact on the society. Ireland hosts major multinational companies working in the digital sector and lies at the crossroads of the modern data ‘silk road’ between the EU and the US. Hosting this event in Dublin aims to encourage the participation of tech companies that today have so much responsibility with regard to democratic implications of the products and services they provide and manage. As a long-term objective, we aim to convene an annual meeting where researchers, practitioners, industry, civil society, government representatives can engage on the theme of democracy in the Internet.